Who Is Smarter: Cats or Dogs? 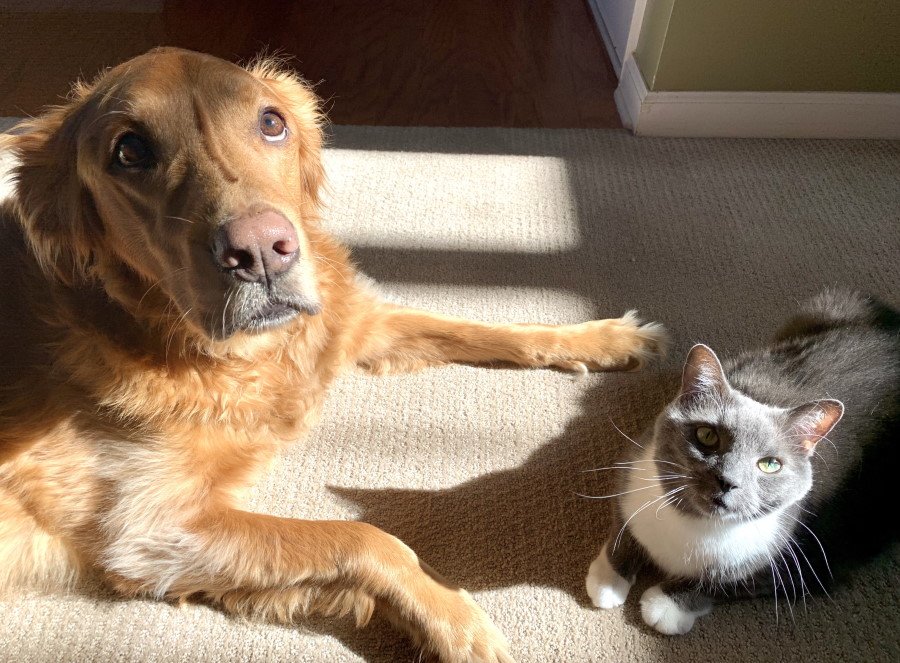 This is not a new subject but one that we felt we should touch on. Who is smarter, Cats or Dogs?

The IQ Debate on Cats and Dogs Rages On

It is a confusing subject as a cat’s brain and a dog’s brain are set up in such a way that the neural pathways which determine learning skills may be different. The latest studies do show that dogs have more densely packed neurons in the cerebral cortex, but this increases learning skills, not necessarily hunting or adaptability skills.

Bears who are one of the largest alpha predators have very few neural pathways yet are adept at hunting and adaptation to their environment. The truth is that if you want an animal that can learn tricks and follow commands dogs are probably a good choice while if you want an engaging pet that will present different skills each day then you will be a cat lover.

Remember the old saying, “Cats have nine lives?” This can be true as they survive quite a bit due to the adaptability skills bred into them.

Why Are Cats More Adaptable and More Tenacious in Hunting?

A history of dogs and cats needs to be looked at to address this. Dogs have many different breeds with their closest alpha predator ancestors being wolves. An alpha predator is born to hunt and kill and adapt to an environment such as heat and cold and even drought.

While there are hundreds of breeds of dogs, the most that come close to their natural ancestors, the wolves, are Huskies, while others are a far cry from their natural ancestors. Dog breeding existed long before cat breeding and was done for specific purposes such as herding, sporting, etc. Some dog breeds were bred to climb into rabbit and rat holes.

READ THIS:  Introducing Cats to Dogs

Cats on the other hand, while some differences exist in size, and coat, are all the same and not as “bred down”. Domestic cats are close to their ancestors in size and have not been domesticated as much as dogs have. The only breeding down in cats was for size, but the natural alpha predator instincts are intact.

Even if well-fed, an outdoor/indoor cat will still hunt and kill when possible, and then joy upon joy brings the prize home to you. Dogs generally will only hunt and kill when starving and do not do it well when it is necessary as they have lost the predator skills.

Cats Were First Bred Down and Venerated in Ancient Egypt

Cats were seen as skillful and good luck and the danger of keeping large wild cats was avoided by the Egyptians. So only the size of a cat was the priority, not the ability to learn new skills. The Egyptians wanted to keep as much of the alpha predatory nature in cats which is why they were revered then. Those of us that love them also adore their skillsets and can see the appeal cats would have to ancient Egyptians.

Those that love cats love the aloofness and the stare and intensity when cats chase something. We are again going to stress that this is because cats are still considered alpha predators. Alpha predators are also called APEX Predators which means they are at the top of the food chain because of hunting and cleverness skills.

READ THIS:  Why Does My Cat Have Dandruff?

APEX Predators are all quick, fast, and can think quickly and be targeted on prey until they make the “kill.” Cats generally no longer need to make a kill but that never stops them. Cat lovers just generally love the stealth and slyness that is still apparent in cats.

So, which are More Trainable, Cats or Dogs?

Dogs overall are more trainable, as most breeds were bred with a purpose. In other words, some dogs are working dogs, others are helper animals, etc., but dogs were bred down to learn commands. Cats were not as the skillset in them was valued by the Ancient Egyptians.

It is not a matter of IQ or “smarts” as it is a difference in heredity and breeding. While scientists can measure the number of neurons in any animal’s cerebral cortex, this is not a question of IQ.

Being less sociable than dogs tends to make cats avoid diseases and injuries that come with exposure to other animals thereby cutting down the early death of a cat. The aloofness of cats adds to their lifespan and that of course is the APEX Predator in them showing itself again.

Are Cats Trainable at All to Commands?

Ask any cat owner who has tried, yes, they are. Cats can learn to sit upon command, some cats have been trained to use a human commode, and some cats even understand the words “eat” and “come.” All know their names generally after a while, or any pet names that are used on them.

READ THIS:  The Uniqueness of a Polydactyl Cat

Do they learn as easily as dogs? No. Because it goes against their predatory nature and protects them from danger. The aloofness kicks in and the lack of sociability. But ask any cat owner and they will tell you that commands can be learned but are best done with one-word phrases and will take some time to ingrain in a cat.

Just watch your cat respond to the sound of the can opener or the rustle of the bag of catnip and you know they recognize sounds. So, if you want to train your cat to commands you can do it if you keep after it.

Heredity and ancestry matter more in cats vs dogs than do brain cells or neural pathways. Neither is going to be applying to be the next engineering expert, etc. If you want an animal that can learn to fetch a ball or grab a frisbee then you will enjoy a dog.

If you enjoy an animal that will keep you guessing and amuse you with quirky types of behavior then you will of course adore cats. Some individuals love both and this is just as well also.

Franklin, picking a fight with his brother. (Don't

The look he gets when the Christmas tree goes up.

The look I get when Ollie wants a treat...100 time

It's rare to get a decent photo of the elusive bla

Waiting for Joy to come down the stairs this morni

This little guy is feeling a bit shaken up. He was

Best buds.😺😺 . They look relaxed, but before

The face he makes when the coffee grinder comes on

New phone = Better cat pics. Why else would I get