What Are Polydactyl Cats? 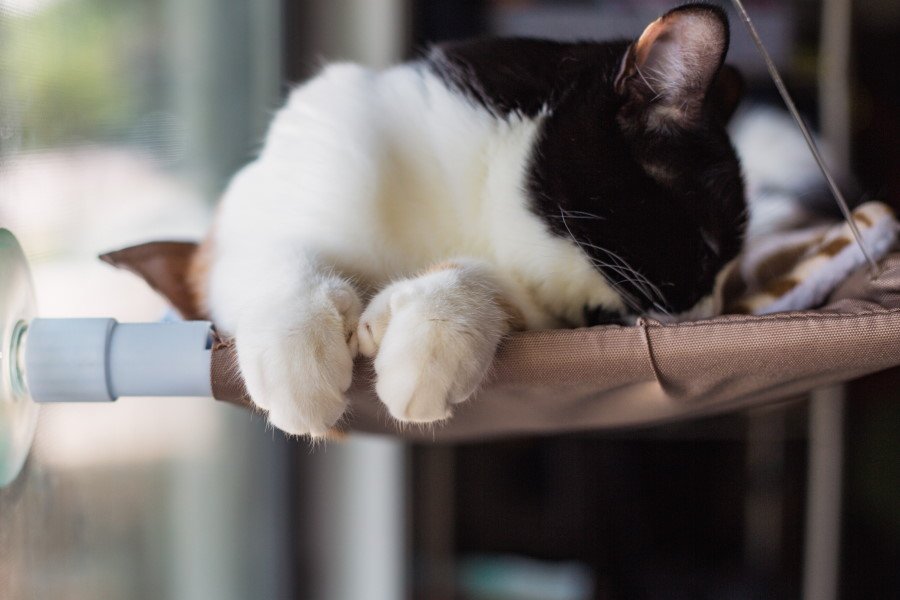 What is a Polydactyl Cat?

Simply put cats that are referred to as “Polydactyl cats” are cats with an extra toe on one or more of the paws. It is also referred to as hyperdactyly in some areas. It is a genetic mutation that can reoccur throughout the lifespan of a cat that has kittens with one or more kittens also having the extra toe.

Strangely enough, more polydactyl cats are seen in the United States and Canada, making it a trendy type of cat to have in North America as whole websites and individuals are devoted to this type of genetic flaw. There is no explanation anywhere why the flaw is centered in North America for the most part.

More of these cats for whatever reason are centered around the West Coasts not the East Coasts of both the USA and Canada, which can lead one to believe that this occurs in colder climates not warmer ones.

READ THIS:  First Time Cat Owner Essentials - 17 MUST HAVE Supplies

It is estimated by some that 40 percent of the polydactyl mutation occurs in Maine Coon cats, and this does make sense as Maine in the USA is harsh and snowy, and an extra toe would help insulate the feet and allow a cat to walk more adeptly on snow and ice.

What is The Usual Number of Toes on a Polydactyl Cat?

While most cats have five front toes and four on the back, a polydactyl cat has six or even more on either one paw, two paws, or all four paws. Since it is a genetic mutation, it can occur in any breed but there is no way to “breed” a polydactyl to produce another polydactyl.

Aficionados of the polydactyl cat will search continuously for one if they must. The paws seem larger on a polydactyl than on other cats, since the extra toes add to the width of the foot. This makes them remarkably cute to some as most cat owners do know the paws of a cat are part of their unique cute appeal!

If a polydactyl cat develops a middle extra toe on the front paws, the paws then resemble a “mitten” as the last toe is pushed out farther.

Although the last toe then looks like a thumb it is not useful as a thumb in a human.

There is Nothing Unhealthy about a Polydactyl Cat

The cat has a normal gait and the normal habits of any other cat. The front paws are generally the most prevalent to developing an extra toe, and the only drawback is extra nail trimming which is a challenge for any cat owner all the time.

READ THIS:  Introducing Cats to Other Cats

However, there is a serious health condition that is commonly confused with a polydactyl mutation. Radial hypoplasia causes extra toes too, but the toes develop over a lifetime and not immediately from kittenhood. This condition causes extra-large, and extremely flat feet, and causes gait and sometimes balance problems.

It causes severe mutations in future generations if a hypoplasia cat is bred, which is why vets do not even recommend breeding polydactyl cats as there is no way to completely control a genetic mutation.

There Can Be Advantages for a Cat with More Toes

Instead of making a cat clumsier or inhibiting the gait, a polydactyl cat can have enhanced balance, and hunt, climb and chase objects more adeptly. Of course, a scratching post is needed for these cats as they are in more need of it, or an owner’s furniture will feel the brunt of that extra toe or toes.

The more toes the more sharpening of claws occurs. That will need to be remembered if you decide to take in a polydactyl into the family. High agility can be an advantage of an extra toe for a cat, especially when at the end of the foot as it is an extra “grabber” when climbing any object and you can believe your furniture will be one of the most favorite objects.

Why Do Some Individuals Seek Polydactyl?

Many reasons. They simply look cute to many owners, while others like unique cats. Like black cats, which have a reputation for being bad luck (which is only a myth), some polydactyl fans believe that these cats bring good luck (another myth but is common among owners).

READ THIS:  How to Litterbox Train a Kitten

Even famous individuals like Ernest Hemingway adored polydactyl cats and he set up a museum in their honor before his death. Loving polydactyl is the same as loving any cat or preferring any breed. It is simply a personal preference with no difference in habits of affection given by this type of cat.

If you would like a polydactyl cat, then search around and get one. These appear even in shelters and are quite common. However, make sure to have it vet checked to rule out the possibility of hypoplasia as most rescues or breeders are not even aware of this syndrome.

While adopting a cat with hypoplasia will not harm you or the cat physically there are challenges and of course, more vet bills as the toes can continue to grow throughout a lifetime and might need removal.

As with adopting any cat, either normal or polydactyl, you need to love it unconditionally and be prepared to work with any challenges a cat might have. Looks are not everything but unconditional love for a cat is!